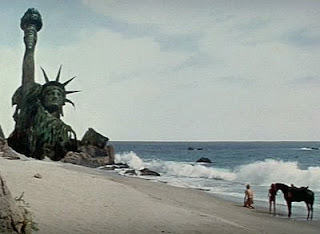 It's a tough thing to accept. I had a terrible time getting to sleep last night (I gave up at 1 am) and awoke thinking, my god. We just elected a man who calls Mexican immigrants rapists and drug dealers, and boasts about grabbing women by the (yes, I'm going to say it) pussy.

I've been trying to think of something that would be a comfort, and something did: George W. Bush. Do you remember how America treated him when he was first elected? Like a bad joke. If 9/11 hadn't happened, Bush would have stayed a joke. It's horribly unfortunate that he started a war and caused terrible death and destruction, and I'm praying that Trump won't be allowed to do the same. (He loves war, you know.) But now, George W. Bush is considered the second worst president in history. He can't even leave the United States without the legitimate worry of being arrested and tried for the war criminal he is.

As much as I hate to admit it at times, Republicans are Americans, too. Paul Ryan and Mitch McConnell love their country as much as I do, they're not stupid, and U.S. presidents are not all powerful. Not yet, anyway. When Trump, please god, doesn't succeed in taking health care away from twenty million people or deporting eleven million more, when he doesn't "drain the swamp" or change Washington, D.C., many of his supporters will see him for what he is. Our nation is getting more progressive and diverse every day, not less. Our system of government self-corrects. The backlash over the extreme failure of Bush gave us two terms of Barack Obama. In two years, we could take back Congress and make Mr. DuckAss the lamest of lame ducks. Trump might be our last Republican president. I'm going to let that thought comfort me.

Reminder: There are still kittens.

Still processing. In complete shock at how wrong all the polls were. I spent all night crying, because this isn't the country I thought we are, but I shouldn't have been surprised. Every time there has been progressive change in this country there has always been backlash. I just didn't expect it to come in the form of Trump.

It's been such an eye-opening experience that's for sure. We still have so much work to do.

I'm not surprised about the fallacies of the polls. It's the same thing that always happens when they try to measure the support for the fascists in Sweden - people won't admit they're voting for them, so come election day they always "overperform".

As I said in private mail to Billie, the only consolation is that this result might lead to a de-thawing of relations with Russia. This is absolutely needed however one feels about Vladimir Putin, and Hillary Clinton would have been a very poor choice to deal with Russia. However there's no way to know for sure. Saying Trump is "unreliable" is the understatement of the year.

The domestic outcome of this looks to be a total nightmare.

I think the analysis by Glenn Greenwald is one of the most astute, fact-based pieces I have read in a long time, fueled by impeccable lawyer logic. In my opinion an enjoyable read to boot. He really nails what's going on in the world right now:

"Democrats, Trump, and the Ongoing, Dangerous Refusal to Learn the Lesson of Brexit"
http://theintercept.com/2016/11/09/democrats-trump-and-the-ongoing-dangerous-refusal-to-learn-the-lesson-of-brexit/

It's based on an analysis of Brexit, which is even better:
http://theintercept.com/2016/06/25/brexit-is-only-the-latest-proof-of-the-insularity-and-failure-of-western-establishment-institutions/