Pining for the Fjords 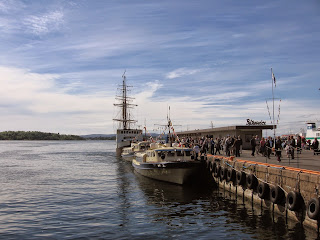 The morning after the city tour and cultural evening, I woke up feeling blue as well as stiff, from all the walking. I was thinking about my late sister Ruthie again, that she had never gotten to do something like this. I thought about her a lot during this trip, my first to another country.

Today's touristy adventure included an endless walk through the city to the harbor, where we took a tour of the Oslo fjord. The boat smelled of diesel fumes. The seats held four, but the man next to me decided not to make room for a fourth; he held his knees apart and wouldn't move when I tried to scoot in. What an ass.

Our tour guide was a young blonde woman who could have been high school age. She asked us all about what languages we spoke, and ended up doing the tour in both English and Spanish. Things like this always make me feel like a gauche American. Hey, I can't come up with a second language at the drop of a hat like that girl could.

It was overcast and spitting drops when we left, but the sun was out when we came back a long two hours later. The Oslo fjord is salty and it freezes in the winter. Our talented young tour guide told us several stories about Oslo and the fjord, including how people used to put up tents and folding houses in the summer; about an order of monks who settled there and were supposed to rise and go to bed with the sun, but had to go to the Pope and ask for dispensation because that sure didn't work (days are very long in the summer and very short in the winter because Oslo is so far north). She told us about the Island of Rabbits (someone brought three pet rabbits with them, the rabbits went native, and now there are hundreds.)

Children who were learning to sail in summer school sailed by in tiny sail boats. The attendant who brought me a café au lait walked on top of the boat and rolled up the canvas. We heard about the Black Death and how they stopped boats in the harbor and tossed out the bodies.

When the tour was over, we disembarked near City Hall. I was seriously wearing down (I haven't mentioned the full week of presentations and committee meetings; the tours were the icing on the cake) so I decided to take a taxi back to the hotel. The driver told me in very broken English that he had carried several people from my conference, including some from Kenya, and someone from the United States that he called a "Marylander." He expressed his belief several times that everyone in the United States is rich. I tried to explain that I wasn't and we weren't, but I could tell he didn't believe me.

My cousin Tracie and I went to the same restaurant, the Egon, again for dinner. I've lived in Los Angeles for four years and had to go to Norway to see someone arrested at the next table. A man walked into the Egon, grabbed some pizza, and sat down to eat it. When confronted, he refused to pay until he finished eating. The maitre d' called the police, and they were at the point of force when he finally got up and went with them. It was loud and a little scary.

The next day was overcast and cool. We went to see the museums on the Bygdoy Peninsula – specifically, the Viking Ship Museum, the Norwegian Maritime Museum, and the Kon-Tiki Museum. 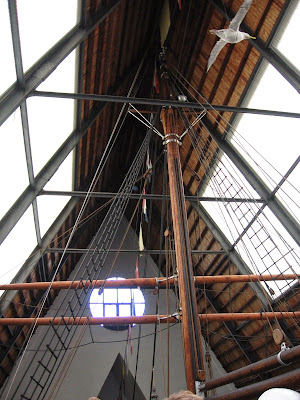 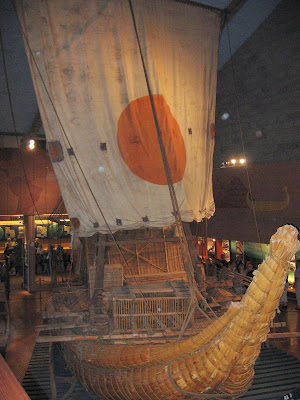 Our guide was terrible, which was unfortunate, and the museums aren't the type that I enjoy the most, plus there was my previously mentioned accumulating exhaustion. But I was impressed with this ancient Viking ship skeleton. It was something to see. 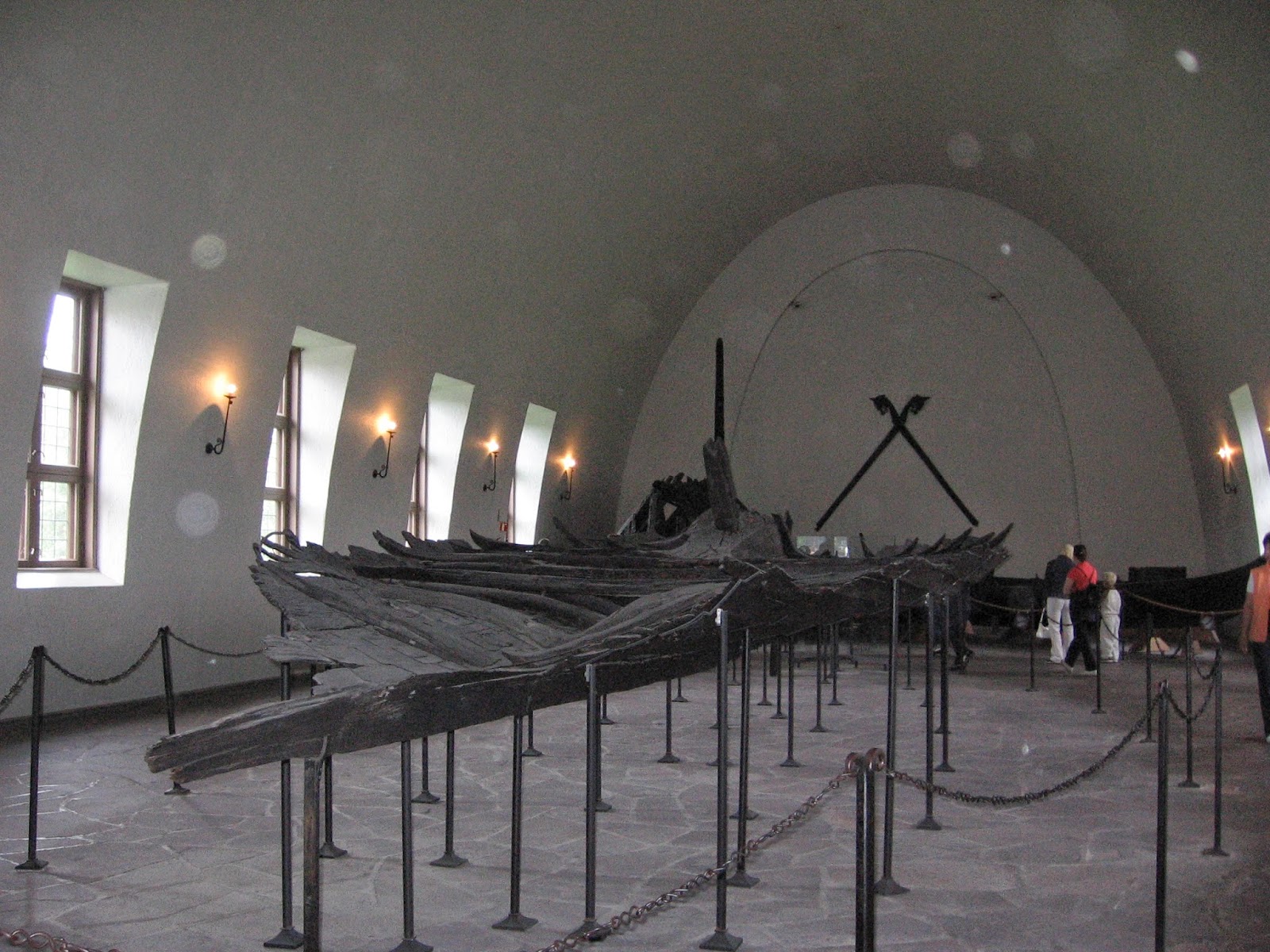 Tracie and I spent the rest of the afternoon packing and napping. Tracie had planned to go to the Nobel Museum – they award the Nobel Peace Prize in Oslo, and the rest of the Nobel prizes in Stockholm – but she was just too tired. We had a lovely dinner on the gorgeous restaurant on the 34th floor of the hotel, and left the next morning. Tracie went home to Pennsylvania, and I went on to Paris. (Which I will discuss in my next post.)

I loved every minute of my visit to Norway. It is a beautiful country with progressive politics that I admire, I enjoyed meeting the people, and I even fantasized unrealistically about staying forever. Of course we saw it at its best, in August, with temperatures in the 70s and 80s and sunlight until nearly ten at night. I'm certain the winter experience is quite different. If you've had that experience, please post a comment.

Now I want to write a short story about bunnies needing papal dispensation to sleep more during dark winter nights.

You should, Josie. It's a story that needs to be told.

I loved the Viking boat, not least because since I am blonde and born in the UK I'm convinced I am practically pure blood Viking (it's a shame my mother thinks she's a Celt!). Olso is so pretty - thanks for bringing back the memories. I don't think I'd be in too much of a hurry to visit in winter, though. Spring was quite brisk enough for me.