Painting a bunch of rocks

I finished a painting today, and there's a little story behind it.

I have several volumes of landscape and nature photography by David Muench. When I first started painting as a hobby fifteen years ago, I began by painting my interpretation of some of his photographs. I asked a few people I loved to pick out their favorite photo from those books, and then I inflicted paintings of those photos on those very same loved ones. My early paintings were terrible, although at the time, I sort of thought they were good. These days, my early attempts make me cringe just a little.

When I moved back east and near my cousin Tracie, I kept noticing the painting I did for her back in 2001, and cringing. It's from a Muench photograph of a mountain top with lichens on the rocks. I offered to touch up the painting just a little so that it would look better, and Tracie, quite possibly relieved, allowed it. I took the painting home and after careful examination, I realized that touching it up would be pointless. There was just too much wrong with it.

So I decided to do a completely new second painting of the same Muench photograph for Tracie. It took longer than I thought, but today, I finally finished it. 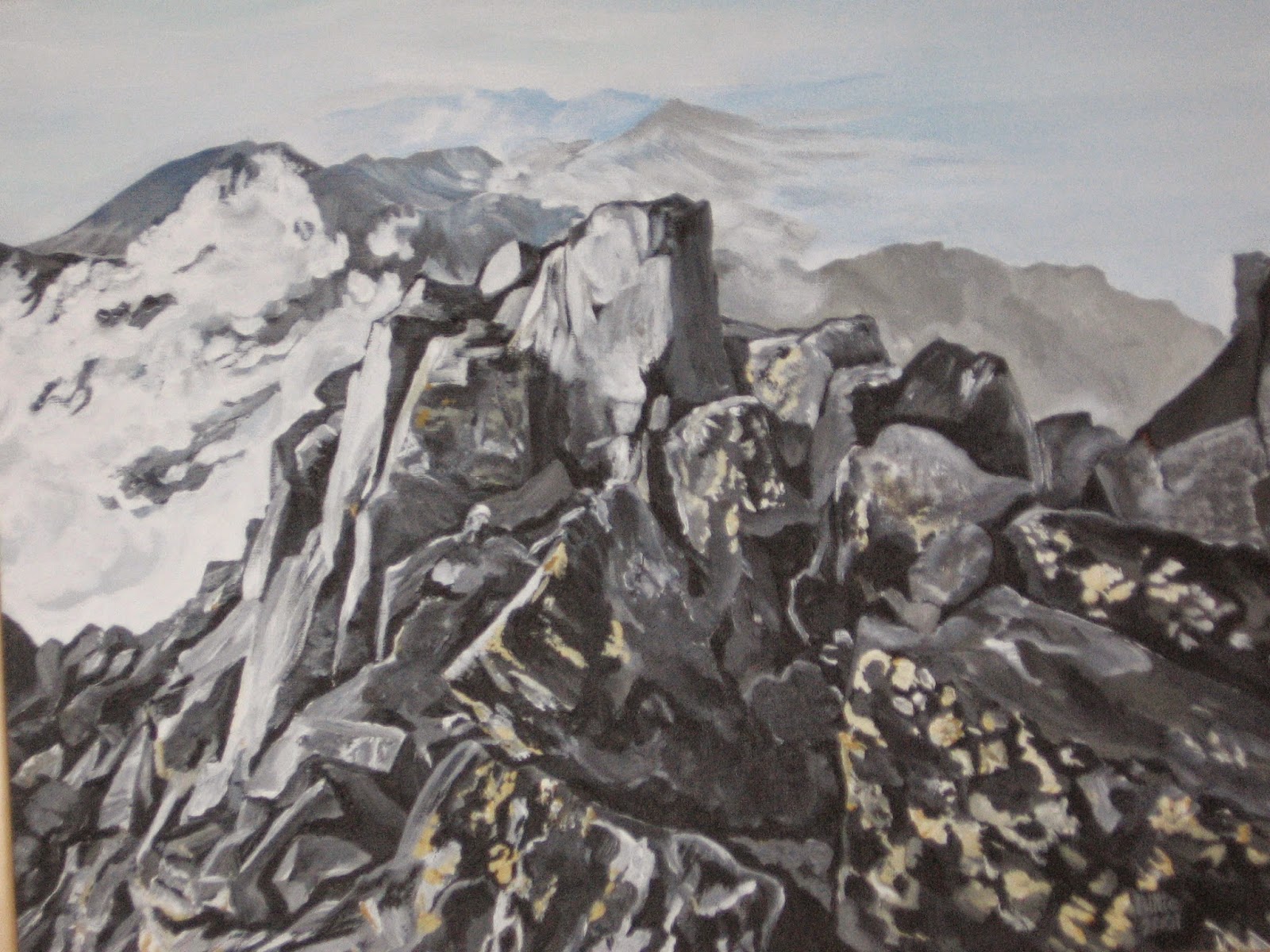 And here's the new one, completed today (February 15, 2015). You can click on them if you want to see a larger version. 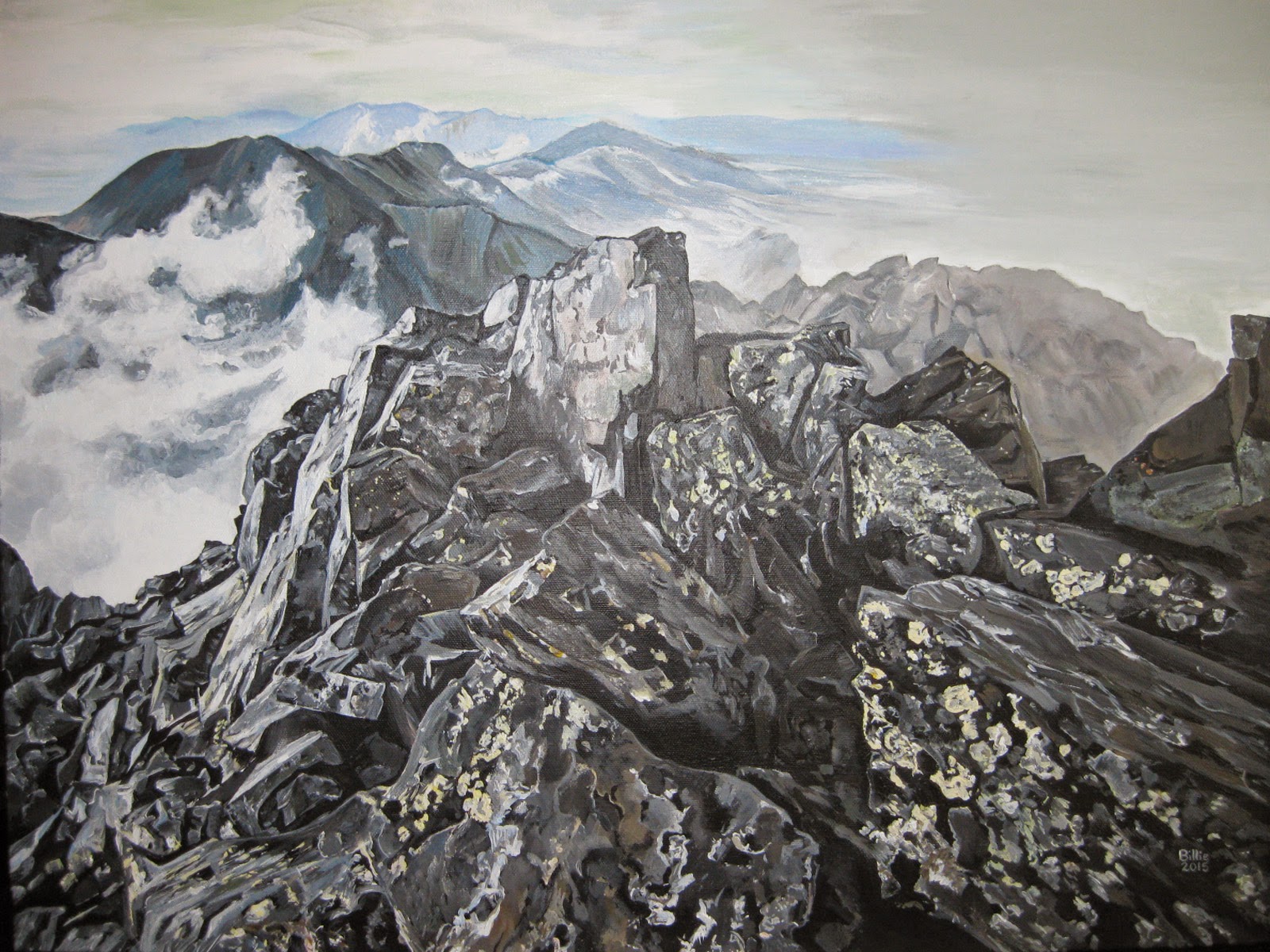 I don't consider myself to be that good an artist and when I look at my paintings, they always seem cartoon-like. But even so, the second one seems significantly better to me -- more detail, more color, better proportioned. Maybe I've matured a little as an artist.

I love that painting! I can feel the rocks beneath my feet and the the cloud moving through the space beside me.

I actually like both of the paintings for different reasons. I think you are right, the second one is more detailed but accuracy isn't everything and I would be proud to include the first one in my home as well!